“What is an epigram? A dwarfish whole, its body brevity, and wit its soul.”

A clever epigram about epigrams.

Some of my favorites:

“I can resist everything except temptation”-Oscar Wilde

And another from Wilde:

“The way to get rid of temptation is to yield to it.”

Oscar clearly had intimate knowledge of the word temptation.

But I guess we all know that now.

Mark Twain may well be considered the king of epigrams.  He had a distinct way of combining wit and pith, as it were. “If you pick up a dog and make him prosperous, he will not bite you.  This is the principle difference between a dog and a man.”

All tenets of a life well-lived, it seems Twain knew the secret to life….

“Don’t take life too seriously.  You’ll never get out of it alive anyway.”

And, at last, a new favorite of mine: 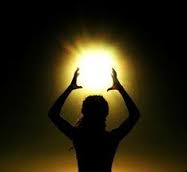 “Does God’s light guide us or blind us?”

Less wit than unending, unanswerable question…or is it?