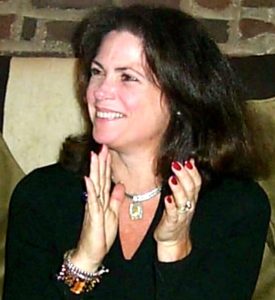 When circumstances force us onto a new road, the avenue is smoother if we understand that, like water flowing downstream, journeys gravitate to the needed destination. And, if needed equals better, all events are positive, from fortune to disaster. When life seems to be falling apart, it may instead be falling together. The tragedy lies in disbelieving that every experience serves the soul. Belief turns life into magic.

Robin F. Gainey grew up in a household full of pencils, erasers, Underwood and Royal typewriters (one of each), and cases of liquid paper. Raised by her author-grandmother and an extended family of eleven women and two men, there was always something to write about, much of it hidden from the naked eye. Throw in a secret side of the family recently revealed and we now have a multi-volume saga with a predominant theme: Transformation. “Write what you know” is mostly what Robin does. And, what she doesn’t know she makes up. It’s fiction, after all. 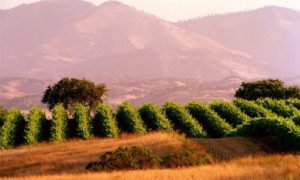 Not fiction: Robin has traveled many roads. Co-founding The Gainey Vineyard in Santa Barbara County, California; presiding over the winery’s various culinary events and, with friend, Julia Child, and others, establishing Santa Barbara’s American Institute of Wine and Food; overseeing Gainey Fountainhead Arabians and the continued breeding and showing of champion Arabian horses begun by the Gainey family in 1939.

Returning to her hometown of Seattle to find her heart in writing, she won a Rupert Hughes Award for Fiction for a short story upon which her first novel, JACK OF HEARTS, is based. Second novel, Light of the Northern Dancers is a 2018 Willa Award Finalist, given by Women Writing the West and judged by librarians, and is currently in development for a limited TV series. She is also an optioned screenwriter and is currently working on a third novel.

She divides her time between her two favorite cities, Rome, Italy, and Seattle, was a longtime trustee of Pacific Northwest Ballet, and when she is not writing, she enjoys reading, cooking, horseback riding, skiing any mountain, fly fishing, and solo cruising the Western Canada’s Inside Passage three months each summer aboard a boat. All, utterly transforming. Always looking beyond. Just like magic. 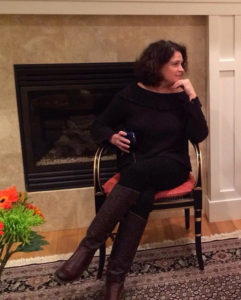 JACK OF HEARTS, a novel released by Untreed Reads, June 2012

SUN AT THE EDGE OF THE SKY, a novel in progress; being adapted for film.

Toni Morrison: Make up a story… For our sake and yours forget your name in the street; tell us what the world has been to you in the dark places and in the light. Don’t tell us what to believe, what to fear. Show us belief’s wide skirt and the stitch that unravels fear’s caul.

Anton Chekov: Don’t tell me the moon is shining; show me the glint of light on broken glass.

Eudora Welty: What can a character come to know, of himself and others, by working through a given situation?  That is what fiction asks, with an emotional urgency driving it all the way; and can he know it in time?
‎
Leo Tolstoy: Drama, instead of telling us the whole of a man’s life, must place him in such a situation, tie such a knot, that when it is untied, the whole man is visible.

My life, as described on-screen:

Charlotte’s Web, Le Petit Prince, Wind, Sand, and Stars, A Confession, Lonesome Dove, Atonement, Ficciones, Ulysses, Catch-22, Brave New World, Narcissus and Goldman, Catcher in the Rye,  Angle of Repose, The Call of the Wild, To Kill a Mockingbird, The House of the Spirits, Ex Libris, Jitterbug Perfume, The Thorn Birds, All the Light We Cannot See, Tinkers…and too many others to list!

Casablanca, Lawrence of Arabia, Contempt, Dr. Strangelove, Midnight Cowboy, Roman Holiday, Dr. Doolittle (1967), Some Like it Hot, Wizard of Oz, My Fair Lady, Catch-22, A Place in theSun, All About Eve, Young Frankenstein, My Dinner with André, Life is Beautiful, Guess Who’s Coming to Dinner, Father of the Bride (1991), Babel, The Artist, Boyhood, Birdman, The Claim, A River Runs Through It, The Revenent…and dozens of obscure, never-heard-of films.